Florida Sheriffs Rescue One of their Own at Winter Conference

By Dave Fiore
Posted February 25, 2015
In Audience Building, Inspiration
Florida Sheriffs Rescue One of their Own at Winter Conference2015-02-252019-07-25https://fiorecommprd.wpengine.com/wp-content/uploads/2017/11/fiore-logowhite-165pxtranssh.pngFiore Communications | Content-Focused Marketing | Tallahasseehttps://fiorecommunications.com/wp-content/uploads/2015/02/shutterstock_240564724.jpg200px200px
1

Over the 15 years I have been associated with the Florida Sheriffs Association, I have had many occasions to be impressed with the collective character of Florida’s 67 sheriffs.

But never have I been more moved by their actions than during the opening session of the Winter Conference earlier this month. As is tradition, the conference begins with a prayer, presentation of colors and the singing of the national anthem — usually by a deputy from the host Sheriff’s Office. This year was no different as a young deputy stepped up to the podium before the first session and with eyes closed began singing with a strong tenor voice that befit his formal uniform. All started well, but after just a few lines, a misplaced phrase signaled possible danger ahead. As has been done probably hundreds of times before, lyrics began getting transposed and he had no choice but to stop and regroup.

After a heartfelt apology, he glanced at the lyrics written on a small piece of paper he was carrying as a backup, closed his eyes and began again from the beginning.

This time, it took even fewer lines to reach a point where nerves and embarrassment had taken control and the bombs bursting and twilight’s last gleaming were being rearranged — leading to what seemed like another sure and unavoidable premature ending.

This time, though, the sheriffs simply would not let him fail.

First it was a single voice joining in. Then in seconds the room was filled with a chorus of proud patriotic and empathetic sheriffs (as well as other law enforcement officers, FSA staff members and guests) singing their hearts out in celebration of our country and the young man who now stood in front of them with a look of gratitude and relief.

As soon as the room reached “and the home of the brave,” there were thunderous applause, cheers and a tangible appreciation for the deputy’s efforts.

Law enforcement is truly a family of men and women who put their lives on the line for us and always have each other’s backs — especially when one of them is alone and in trouble.

Fortunately, for this deputy, he was never really alone. And a room full of big-hearted men and women wearing stars made sure that he knew it.

Dave Fiore
Dave is the founder and CEO of Fiore Communications, and the host of the How I Got Here podcast.
Recent Posts
Comments 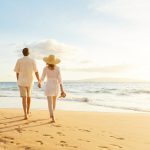 Want to Build Your Business? Turn and Face the WindInspiration, Small Business